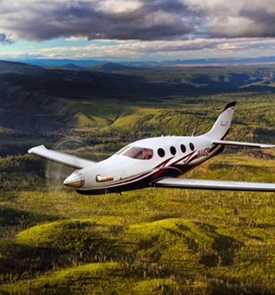 Epic Aircraft is hard at work on certification of its high-performance, six-seat E1000 turboprop, a factory-built version of the Epic LT. The company announced on Jan. 31 plans to hire more than two dozen new workers, with a career information session scheduled Feb. 8 at the Bend, Ore., facility that Epic purchased in late 2012.

“We want to recruit talented, experienced, motivated individuals who are looking for an aviation career—not just a job,” said Epic CEO Doug King in the news release. “This is a company-wide effort to address staffing needs across multiple departments, including manufacturing, design, engineering, purchasing, quality assurance, and administration.”

The company has put hard times for the Epic brand behind it, including a bankruptcy that left builders in the lurch. A group of builders eventually obtained the design rights and secured an influx of capital from new Russian owners in 2012. The Epic LT and the E1000, as the factory version is now known, are being built in the 200,000-square-foot facility formerly owned by Lancair.

King, in the latest news release, noted that the company is on solid financial footing, and has already made significant progress toward certification.

“This is an exciting new era for our company,” King said. “We have proven technology that is going to shake up the aviation industry and the financial resources to deliver it to the marketplace.”

Contact Kelly Strunk for more information on the Feb. 8 career information event, or visit the company website for details.