Get the app Get the app
AOPA Members DO more LEARN more SAVE more - Get MORE out of being a pilot - CLICK HERE
News & Media Dr. Copter’s aviation legacy set in stone 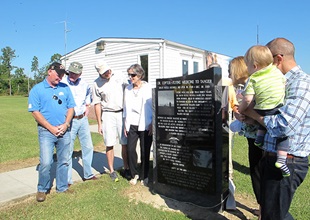 A state-of-the art medical facility on Virginia's remote Tangier Island in the Chesapeake Bay serves as a lasting memorial to the late Dr. David B. Nichols’ dedication to providing medical care to the community for 30 years. Now, Nichols’ aviation legacy—flying a Cessna 182 or Robinson R44 to the island every Thursday to provide that care—is set in stone.

On Sept. 27, AOPA President Mark Baker helped dedicate granite memorials donated by AOPA at Hummel Field, Nichols’ home base near his mainland medical practice in White Stone, and at the medical clinic on Tangier Island. 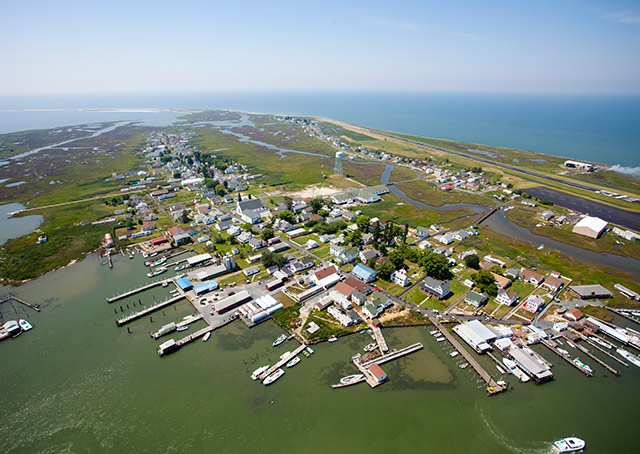 Nichols packed more in a day that most could, his wife, Dianne, told AOPA. Nichols, a chronic list maker, would start making telephone calls at 7:30 a.m. to plan the schedule for the day. “I think he was very well rounded. He seemed to have enough time to give to many parts of his life,” she said.

One well-publicized part of Nichols’ life was his medical practice at White Stone and Tangier Island. Aviation made that practice possible. “He was able to combine his love of medicine and flying,” U.S. Rep. Rob Wittman (R-Va.) said during the dedication ceremony at Hummel. But it was his love for the people that kept him coming back every Thursday.

“I just want to thank you again for sharing your husband and father with us for so many years,” a Tangier Island resident told Nichols’ wife and daughter, adding that the doctor had quickly become a friend.

For decades, he worked in an outdated building with peeling ceiling panels and rusted sinks, bringing much of his medical equipment with him on each flight from his practice in White Stone. He envisioned a clinic with a digital X-ray machine and the latest technology to serve the island’s nearly 600 residents. After a successful fundraising campaign, the David B. Nichols Health Center was completed and dedicated on Aug. 29, 2010. Nichols died four months later after a short illness, but had made arrangements to ensure the clinic would continue.

He had already trained and been working with Inez Pruitt, a native of Tangier whom he had taken under wing and encouraged to become a nurse and then a physician assistant. He sold his practice to Riverside Medical Group, which continues the weekly Thursday visits. With the clinic, Pruitt and the medical group are able to better serve the community, be on call 24/7, and teach disease prevention. In emergency situations, medevacs can arrive within 20 minutes.

“A lot of lives have been saved because of Air Flight, and it’s been very essential,” Pruitt said, “Dr. Nichols was an advocate, a major advocate for flight and mixing it with healthcare.”

An equally important but less publicized part of Nichols’ life was his family and his life outside the medical practice. 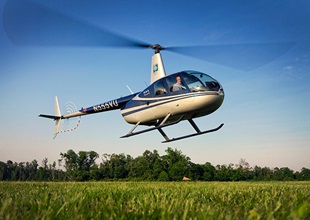 “He knew how to get away from things too,” Dianne said. Nearly four years after his death, Dianne continues sorting through his memorabilia and logbooks, reminiscing about family getaways. In many of these stories, aviation plays a key role. Whether it was a flight to Maine, Nova Scotia, or Disney World, the family’s Cessna 182 became the family minivan. Nichols, Dianne, and their two children, now grown, would pile into the aircraft and fly to an airport where they’d rent a car and then explore the area. The airplane also helped him meet family obligations when responsibilities at his medical practice threatened to get in the way. Dianne shared that once Nichols was about to leave for a ski trip in Pennsylvania with her and a busload of others when he received word that he needed to help deliver a baby. He ended up flying to an airport near the ski resort and getting a car to drive to the lodge and meet up with his family. The wonder in her voice is still evident as she ponders how he worked out the logistics.

“He loved the thrill of flying and sharing it with others,” she said. Nichols often supported charities by donating flights; took friends, patients, Tangier residents, and strangers up for rides; and even scattered the ashes of a stranger at a friend’s request.

Nichols also brought family time into his everyday aviation tasks. He would make 10-minute hops in his helicopter from his house to his brother’s farm to have lunch with the family (otherwise it would be a 40-minute drive). He would take his son or daughter with him to Tangier for the day. And once, after undergoing safety training in the Robinson R44 in California, he invited his son to fly the helicopter back to Virginia with him and his flight instructor. Along the way, they flew over a car accident. They landed on the road to provide assistance shortly before the ambulance arrived. That, Dianne recalled, made a lasting impression on their son, who is now a pilot. 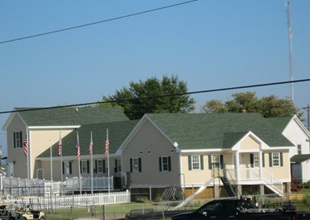 The pilots, airport supporters, and friends who knew Nichols are hoping that the memorials at Hummel Field and Tangier Island will have a lasting impression on those who visit them, just as he left an impression on them.

The 2,400-pound granite monuments created by AP Grappone and Sons feature a map of the flight from Hummel to Tangier. “The memorial’s going to draw people in to Hummel … [and] will have them also go on to Tangier to see the other one,” said Hummel Field Manager Jim Snider.

“Dr. Nichols has inspired a lot of people to fly, and what we wanted to do with the memorial is pass that on to other people too,” said Michael Kucera, who spearheaded the group that designed the monuments. “What we wanted to do was to be able to set his story in stone.”

A friend of AOPA

As an avid advocate for general aviation, Dr. David B. Nichols joined AOPA in its General Aviation Serves America campaign, allowing the association to film his work on the island for a commercial to promote the difference aviation can make in rural communities.

On more than one occasion, he welcomed AOPA to shadow him in order to tell his story (see Dr COPTR in the September 2009 AOPA Pilot). In 2010, AOPA honored Nichols with a presidential citation.

While the monuments AOPA donated at Hummel Field and Tangier Island will serve as permanent reminders of Nichols’ efforts, AOPA President Mark Baker said the association would continue to tell his story and others like it: “We’re proud to continue to keep talking about the story of what aviation can do to communities, but particularly people committing to communities through aviation.” 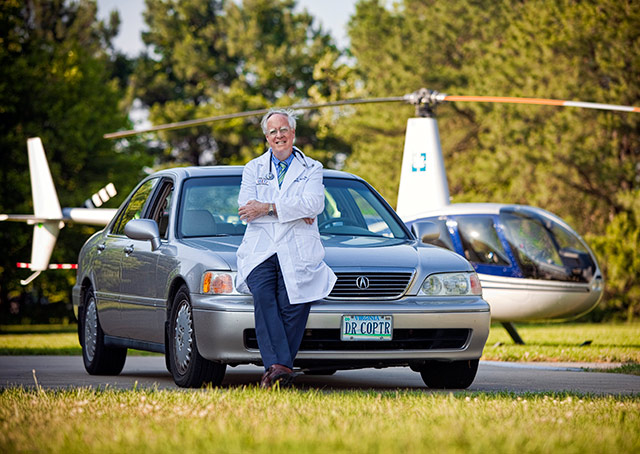