Get the app Get the app
Already a member? Please login below for an enhanced experience. Not a member? Join today
News & Media Top 10 tales of 2015 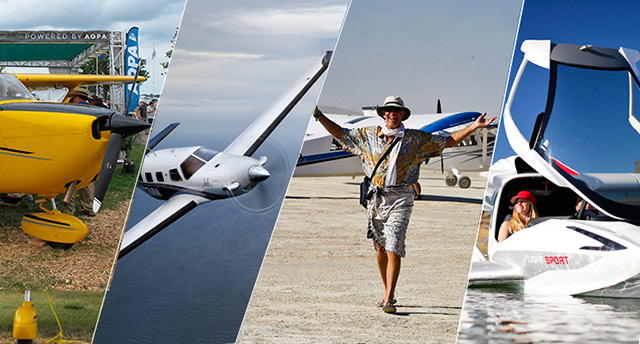 What does it mean to go viral? Look no further for the answer than AOPA’s story about the joy of a 4-year-old who was experiencing aerobatics for the first time as her father flew the airplane—all captured on a video that, yes, went viral.

From the long-awaited rollout of new airplane designs to the unlikely discovery of a piece of history from D-Day in an aircraft “bone yard,” AOPA in 2015 brought its members the stories of general aviation. The following are the top stories that captured pilots’ interest in 2015.

1. “Pure joy.” “I didn’t think that I could be viral,” said Raphaël Langumier, a pilot from Quebec, Canada. But that was before he took his 4-year-old daughter Léa up in a Citabria for her introduction to aerobatics. The video he posted on YouTube captured her joy at the experience, and stole the hearts of thousands of viewers.

2. “Hourly operating costs of 45 jets compared.” AOPA asked an aircraft purchase advisor to estimate the hourly operating costs of 45 types of jets likely to be in appearance at the National Business Aviation Association’s 2015 convention in Las Vegas. Between the least expensive, the Cirrus Vision SF50, at $661.53 per hour, and the priciest, an Airbus ACJ320, at $7,964.69, appeared many of the bizjet fleet’s most familiar makes and models.

3. “Icon’s A5 is for real.” The term “long awaited” hardly describes the suspense with which Icon Aircraft’s amphibious light sport aircraft had been anticipated since the concept was revealed in 2008. In June, AOPA got to fly one. Everyone wants to know the answer to just one question: Did it live up to the high expectations?

4. “Burning Man airport appears, disappears without a trace.” If an airport that appears for a week in the Nevada desert and then disappears without a trace seems as hard to visualize as a shifting, shimmering mirage, that is only one of the unique characteristics of the Burning Man festival. The annual counter-culture event draws 70,000 to Black Rock City, Nevada, after which the airport and festival site reverts to its usual status as a dry lake bed.

5. “New Ascend Skyhawk is fully transformed.” Take a “legacy” Cessna Skyhawk and give it an upgrade that goes beyond the superficial, ranging from an overhauled engine and prop to new wiring, pitot-static lines, instruments… you get the idea. That’s what Yingling Aviation of Wichita, Kansas, is doing with the production of its Ascend 172s, which the company unveiled at the AOPA campus at EAA AirVenture.

7. “M600 tops Piper product line.” On April 13, Piper “upped its game” with the introduction of the M600 single-engine turboprop. The new aircraft, a higher performing, longer-range version of the Piper Meridian that also is capable of carrying heavier loads, leads a turbine-powered and piston-powered M-series product line based on the original PA-46 Malibu.

8. “Powerful storm hits Oshkosh in advance of AirVenture.” The upper Midwest is no stranger to power-packed summer thunderstorms. However, the one that struck Wittman Field in Oshkosh just before EAA AirVenture began took a heavy toll, catching campers off guard and scattering airplanes, trash cans, and even portable restrooms around the grounds, just as 10,000 pilots were expected to show up for the annual gathering.

9. “Cirrus chute deployment taped near Hawaii.” One of the most familiar features of the Cirrus SR22 high-performance single is its airframe parachute, a device that has brought several distressed aircraft to the ground safely after trouble arose. Last January a Cirrus being ferried from California to Hawaii developed problems with its specially equipped long-range fuel system while still 219 nautical miles short of its destination. That required deployment of the chute and descent toward a waiting rescue ship—an event captured on an infrared camera aboard a U.S. Coast Guard C-130 aircraft flying overhead.

10. “D-Day lead aircraft found.” It was the tip of the spear of the D-Day invasion: A Douglas C-47 with 15 paratroopers from the 101st Airborne Division on board, leading a formation through anti-aircraft fire into Normandy, France, at the beginning of Operation Overlord. Seven decades later, the aircraft’s discovery in a bone yard, where it was slated to undergo turboprop conversion, put a halt to that project and preserved a piece of history, in an episode described by one participant as “a modern miracle.”