Get the app Get the app
AOPA Members DO more LEARN more SAVE more - Get MORE out of being a pilot - CLICK HERE
We will be performing maintenance on our systems Tuesday, 9/27, beginning at 12:00 A.M. ET and ending at 6:00 A.M. ET. During this time, you may experience intermittent service outages. We appreciate your patience.
News & Media Drone registration requirement returns

Drones weighing at least 0.55 pounds (250 grams) must once again be registered with the FAA if they are flown for noncommercial purposes under Part 101, the FAA Special Rule for Model Aircraft. President Donald Trump signed legislation Dec. 12 that restores the registration requirement for drones flown for hobby or recreation that had been struck down by a federal appeals court in May. (That ruling did not affect the requirement to register drones flown under Part 107, which applies to commercial operation of unmanned aircraft.) 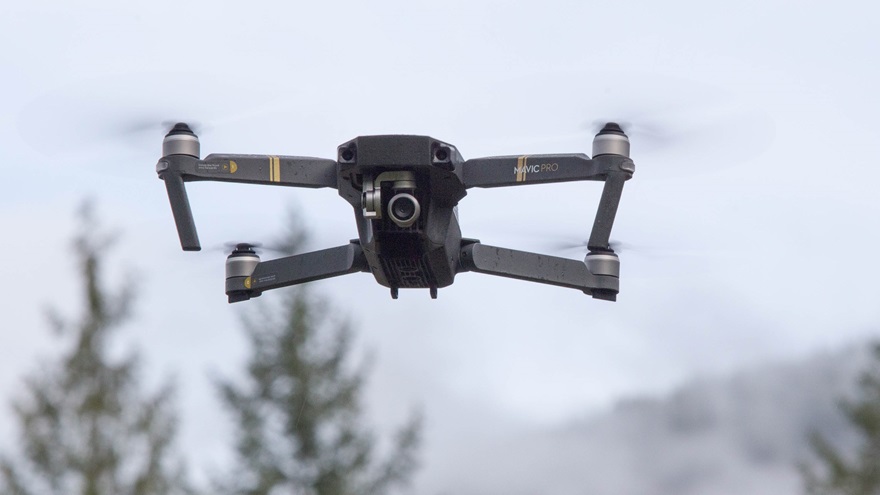 FAA-proposed remote identification requirements would apply to all unmanned aircraft that weigh 250 grams (.55 pounds) or more, regardless of the purpose for which they are flown. Jim Moore photo.

The May 19 decision by the U.S. Court of Appeals for the Washington, D.C., Circuit in the Taylor v. Huerta case found that the FAA requirement for registration of drones flown for hobby and recreation under Part 101 conflicted with a 2012 federal law that precluded FAA regulation of model aircraft, though drones flown under Part 107 (which applies to operations in which the pilot is compensated) still had to be registered with the FAA through an online system. The National Defense Authorization Act for 2018 recently approved by Congress contains language that restores the requirement for hobbyists to register drones.

The FAA, in a statement published Dec. 12 by TechCrunch, welcomed the reinstatement of the registration requirement for all drones weighing between 0.55 and 55 pounds. “Ownership identification helps promote safe and responsible drone operation and is a key component to full integration,” an agency spokesperson told TechCrunch.

AOPA has been actively involved in the broader effort to safely integrate unmanned aircraft into the National Airspace System, and the association represents general aviation on the FAA Drone Advisory Committee and the FAA Unmanned Aircraft Safety Team, both of which are working to build consensus around various issues related to the safe and responsible use of drones. The association also began welcoming drone pilots as members in February. AOPA has supported registration of unmanned aircraft systems to promote accountability and safety of UAS operations.

AOPA also is working with the FAA and other stakeholders on specific efforts to develop regulations to govern other aspects of drone safety, including a committee tasked with making recommendations for regulations that would pertain to drone identification and tracking. A report from that committee is expected to be published soon.

Meanwhile, drones remain a hot holiday gift item, and those who wish to fly a drone that weighs more than 0.55 pounds will need to register first. While drones flown for commercial purposes under Part 107 must be registered individually (a $5 fee applies for each), hobbyists may fly any number of drones under a single ($5) registration. In either case, the registration number must be marked somewhere on the drone in a way that is readable to the unaided eye. It can be inside the battery compartment, as long as the battery is easily removed. Visit the FAA UAS registration page for details.