Get the app Get the app
AOPA will be closed July 4th, in observance of the Independence Day holiday. We will reopen at 8:30 am ET on Tuesday, July 5.
News & Media AOPA's part 13 complaints drum up support 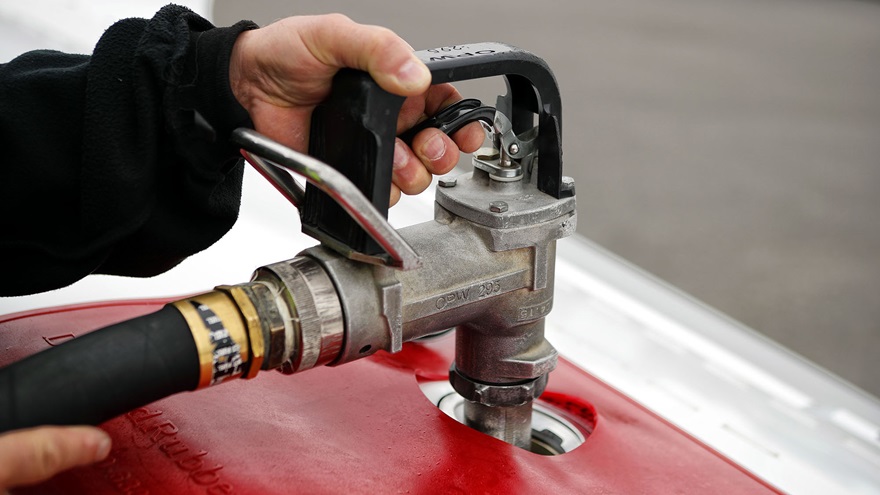 Coverage of and response to AOPA’s efforts has been overwhelmingly positive, especially among pilots who have experienced this issue firsthand.

Just hours after AOPA announced its filing of the Part 13 complaints, industry and local media outlets began reporting on the egregious fees at the three Signature Flight Support-owned monopoly FBOs. The Ashville Citizen-Times ran the headline “Asheville Regional Airport accused of allowing fuel, ramp monopoly.” The Key West Citizen also reported on the complaints and wrote, “Nonprofit group Aircraft Owners and Pilots Association says the airport’s FBO Signature Flight Support has created a monopoly by being the only service available for transient pilots and in turn has gouged on fuel prices and lacked transparency with its pricing structures.”

With a flurry of media attention surrounding the Part 13 complaints, the National Air Transportation Association (NATA), an FBO lobbying organization, fired back. NATA Executive Vice President Bill Deere said, “[T]hose within the aviation industry fully understand that FBOs compete vigorously with each other on price, service, and quality of facilities.”

Additionally, Signature released a statement saying it is committed to “fair and transparent pricing which supports the high levels of service and safety at all of the airports we serve.”

But based on the response on message boards, pilots disagree. One Reddit user said, “After seeing this post that showed a comparison between Signature’s and another FBO’s prices, this does not surprise me at all. Seems they’ve gotten a bit full of themselves.”

On a BeechTalk forum, one user said, “I thank AOPA for getting legally involved now in the fight for access on and off airports that receive [AIP] funds.” Another wrote that the complaints filed by AOPA are worthy of dropping on the desk of any monopoly FBO that may be “abusing their privileged position on the field.”

From message boards to social media channels, pilots continue to react and share their experiences with fees that hurt access. “Finally! Key West FBO prices are ABSURD,” said one Facebook user. “Thank you AOPA. This is a good fight to fight.”

But it isn’t just AOPA that has recently taken issue with egregious FBO pricing. A number of airports across the country have begun to respond, including John Wayne Airport in Orange County, California; Jackson Hole Airport in Wyoming; Heber City Municipal Airport in Utah; Brooksville-Tampa Bay Regional Airport in Florida; and Syracuse International Airport in New York.

Following reports of excessive prices, the Orange County Board of Supervisors voted to replace Signature, which in turn, filed a Part 16 complaint with the FAA. The FAA denied the complaint shortly after, ruling that airport sponsors have a “right and responsibility” to consider pricing when selecting an FBO operator.

In Jackson Hole, Wyoming, the sole operator, Jackson Hole Aviation, also has been accused of unreasonable prices. Due to the series of complaints, AOPA sent a letter to the Jackson Hole Airport Board in support of establishing a second FBO on the field. AOPA reminded the board of grant assurances to ensure reasonable pricing and avoid explicitly or implicitly giving a single FBO an “exclusive right” at the airport. Since AOPA wrote the letter, the airport board unanimously voted to take the steps necessary to add a second FBO but recently halted that decision and is considering purchasing the current FBO. The board is set to make a final decision in September.

Meanwhile in Heber City, Utah, the city is taking steps to revise the airport's minimum standards and allow interested companies to more easily compete over the provision of fuel services. These are critical steps toward lowering the high fuel prices at the airport.

It appears that many airports are listening to pilots' concerns about fair and reasonable practices. Brooksville-Tampa Bay Regional Airport in Florida recently received criticism for failing to facilitate competition on the field, but local leaders are beginning to speak out. “Sounds to me like we're trying to prop up somebody else and keep others out, and I don't like that. I don't like the bully around the airport. That's what it is,'' said County Commissioner Steve Champion.

County Commissioner Nick Nicholson echoed Champion's statement, saying, "One of the things [the FBO did] the best at was stifling competition, keeping people out of the airport, people they didn't want to compete with their friends or people they were tight with in business, stifling the competition.”

In New York, Syracuse International Airport is welcoming new competition with the addition of Million Air FBO. Airport Director Christina Callahan said the location near the airport entrance was chosen because of its visibility and the fact that it can use an existing taxiway. She said having a second FBO at the airport “means competition, which is always good.”