Get the app Get the app
Get the latest news on coronavirus impacts on general aviation, including what AOPA is doing to protect GA, event cancellations, advice for pilots to protect themselves, and more. Read More
Already a member? Please login below for an enhanced experience. Not a member? Join today
News & Videos tailBeacon gets STC 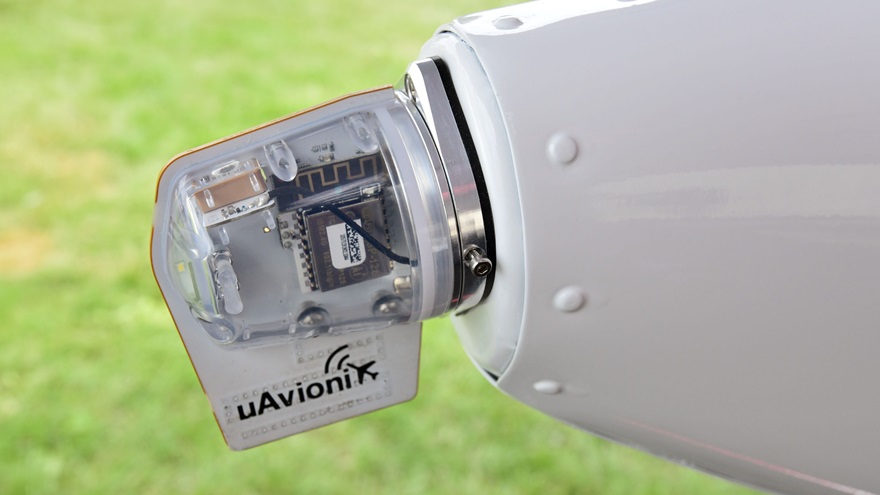 uAvionix displayed a tailBeacon mounted on an airplane at EAA AirVenture Oshkosh 2019. On Sept. 13 the product, already TSOed, received an STC that authorizes installation. Photo by Mike Collins.

Similar to the company’s popular skyBeacon, which replaces the aircraft’s left wingtip position light, the tailBeacon was designed for ease of installation—requiring less than one hour, including documentation, uAvionix said.

While the STC covers a single aircraft model—the Cessna 172—it allows the approval of follow-on installations under the provisions of an FAA policy memo, Installation Approval for ADS-B Out Systems, which states that after an initial STC is achieved for ADS-B Out equipment, additional installations can be accomplished on aircraft not listed on the STC by an airframe and powerplant mechanic with inspection authorization when the installation does not require airframe modification. The mechanic still must complete an FAA Form 337—required for all ADS-B Out installations—but the form is sent directly to the FAA in Oklahoma City, and does not have to be approved by a flight standards district office first.

uAvionix said that at this time, there will not be a certified option specifically available for rotorcraft. Helicopter operators, especially those flying Robinson models, have expressed a lot of interest in the tailBeacon.

“While tailBeacon provides an excellent mechanical fit for many rotorcraft, the FAA has specific requirements regarding air/ground state, and uniquely interprets those as they relate to hover taxi and similar operations,” uAvionix said. “Because of the increased installation difficulty associated with satisfying these requirements, at this time there will not be a certified option specifically available for rotorcraft.”

Because of the timing delays surrounding the tailBeacon TSO and STC, uAvionix acknowledged that some aircraft owners who reserved the $500 FAA ADS-B rebate with the intention of installing a tailBeacon have seen their rebate applications expire. uAvionx apologized for that scenario and said that owners who have found themselves in that situation should email the company’s customer service team with proof of both a tailBeacon order and that the FAA rebate has expired; for a limited time it is offering a manufacturer’s rebate.

uAvionix said that tailBeacon production began at the company’s new manufacturing facility in Columbia Falls, Montana, as soon as the TSO was issued, and that shipments would begin immediately. To save time and simplify paperwork, the company has created a sample FAA Form 337 for tailBeacon installation.

tailBeacon is available from uAvionix online, through uAvionix authorized resellers, and via the company’s network of qualified installers.