Get the app Get the app
Get the latest news on coronavirus impacts on general aviation, including what AOPA is doing to protect GA, event cancellations, advice for pilots to protect themselves, and more. Read More
Already a member? Please login below for an enhanced experience. Not a member? Join today
News & Media High insurance rates continue to concern GA leaders

Editor's note: This article was updated August 10 with information to view an archival link of the insurance webinar. Aircraft insurance rates are on the rise, but there are steps aircraft owners can take to moderate an increase. Photo by Chris Rose.

“Not a day goes by that I don’t get a call” about insurance rates, said AOPA President Mark Baker, an aircraft owner and an experienced pilot. He said he was concerned about the rising cost of aviation insurance because the GA industry is experiencing “the start of an aviation boom right now and our financing reps have never been busier.” Baker said he wanted to keep the communication lines open with insurance companies to learn more about their challenges and to help avoid “insurance shock” for pilots considering more capable aircraft—or simply getting older.

Baker also advocated for clarity within the insurance industry to avoid putting a damper on the enthusiasm that GA is currently experiencing. “Business out there is terrific. It’s exciting. Dealers are busy, shops are busy, and things are really going well right now,” he said.

Technical advances in accurate weather depiction, terrain avoidance, and devices that provide additional situational awareness for pilots have led to increased safety and lower GA fatal accident rates. “We need to keep GA on track, we need to create some transparency, and pull together” for common goals, Baker added.

Broom pointed out that the Gold Standard safety program for Cessna jet pilots who “commit to that level of training” was “well-received” by insurance companies and furthers the jet association’s mission for safety and best practices. He said he was also “concerned” that rising insurance rates would “hurt us at the time of big growth” in the turbine segment.

“If you look at it on the broad spectrum, it’s about losses,” explained aviation insurance specialist and former freight pilot Lance Toland of Lance Toland Associates.

Underwriters were already reeling from insurance industry consolidation that began several years earlier. “The competition that drew those rates down to historical lows” has diminished with industry contraction and resulted in a limited supply of insurance carriers. 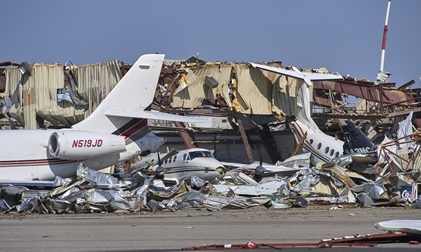 Toland said huge claims resulting from acts of nature typically affect more than just payouts to repair or replace aircraft. They can also have a rippling effect across the aviation insurance industry. March tornadoes that ripped through Nashville wreaked havoc on scores of turboprop and jet aircraft hangared at John C. Tune Airport, a reliever airfield that took a direct hit.

“You had a lot of eggs in one basket,” Toland said. Insurance companies shouldered “not only the physical loss, [but] you have loss of use, [the cost of] substitute aircraft” and additional recovery expenses. There are “so many costs involved that it’s frightening.” The Nashville tornadoes were followed by damaging springtime storms in Arkansas, Georgia, Louisiana, Mississippi, and South Carolina that caused additional GA losses. When catastrophic losses are incurred, all of an insurer’s “profits can go away in one night,” he explained.

In addition to physical losses, the panelists addressed age concerns that can accompany rising insurance rates. “Aging pilots are not the problem and their health is not the problem,” said Toland. “Seventy is the new 50.”

He explained that “it’s not about hours” but is instead “about exercising good safety procedures.” Toland compared ongoing pilot training to the skills perfected by seasoned musicians: “An age of 70-plus is like a concert pianist; they never lose that edge.” However, additional tasks and new avionics technology can present “new challenges” to pilots until they are mastered.

Baker encouraged aircraft owners to keep their insurance policies intact, avoid moving to other carriers to save a few bucks in the short term, and continue their training. “Work with your insurance broker to discuss your safety protocols. Don’t jump around. This is not the time to try and save 5 or 10 percent” on an insurance policy. He reminded pilots that “safety is paramount” and can “ultimately drive down insurance rates.”

Register to view an archival recording of the insurance webinar. 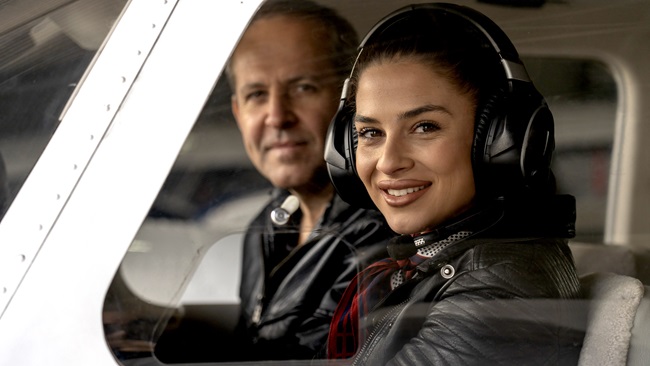 Who Can Fly My Airplane?