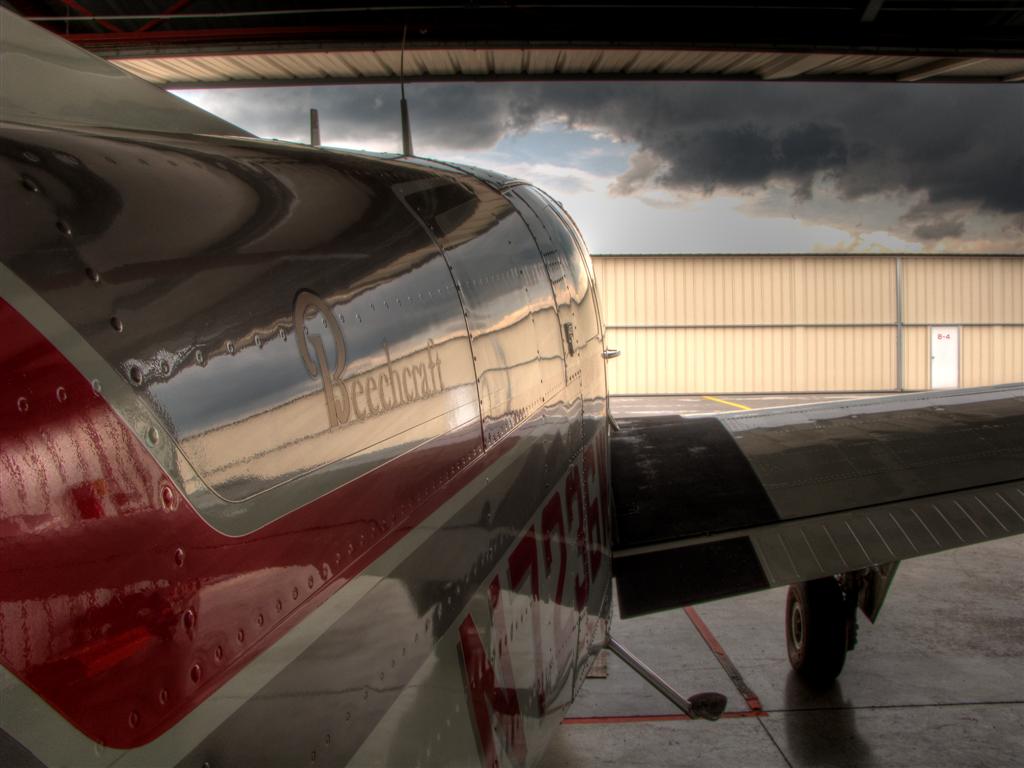 Let’s review some common symptoms of an aircraft exterior’s aging.

Tip: Cleaning the aircraft on a regular basis can help alleviate some of these problems.

Tip: Review FAR 43 Appendix A(c) for a list of preventive maintenance items that you can perform to help preserve and protect your aircraft. Also, AC 43.13-1B has information on inspecting and testing fabric covered aircraft (see Chapter 2, Section 3).

Windshield crazing—a mesh of fine cracks—is an indication of an aging and brittle windshield that might need replacing. Using special scratch removers and buffing compounds can revive scratched windshields, and using an acrylic cleaner or windshield care kit can help extend its life. In most cases, you should never use denatured alcohol or ammonia-based cleaning products!

Tip: Refer to Chapter 3, Section 3 and 4, of AC 43.13-1B for more information on transparent plastics and windshields.

Now, let’s take a closer look at some common symptoms of an aircraft interior’s aging.

Tip: Cleaning the inside of an aircraft helps remove contaminants that can cause corrosion, abrasion, and non-structural cracking. Keep in mind, however, that cleaning an aircraft does not prevent fatigue.

Improper wiring and deteriorated or damaged wiring insulation have been the cause of several fires in GA aircraft. Electrical wiring is often exposed to severe environmental conditions during an aircraft's service life. Damaged wiring or equipment in an aircraft, regardless of how minor it may appear to be, could cause an in-flight electrical fire and should be repaired before further flight. Inspect wiring annually for:

Tip: Refer to Chapter 11 of AC 43.13-1B for information on the inspection and care of electrical systems.

Tip: To learn more about how you can minimize the chances of an in-flight electrical fire and be better prepared if one occurs, review ASI’s Emergency Procedures Safety Spotlight.

Proper maintenance is critical for all components of an airplane. Watch how an improperly installed terminal lug on the landing gear hydraulic pump caused a fire inside the cockpit. One minute, it was a routine training flight—the next, a desperate struggle for survival.

Damaged wiring or equipment in an aircraft, regardless of how minor it may appear to be, could cause an in-flight electrical fire and should be repaired before further flight.

The Importance of Cycling Circuit Breakers

Aircraft electrical systems have circuit protection devices (i.e., circuit breakers, fuses), which are designed to protect the wiring by breaking or opening the circuit in the event of an overheat condition. A faulty circuit breaker, which does not open the circuit, could allow the wiring to overheat, resulting in wiring and/or component damage and possible fire.

Engines—along with their components, accessories, and fluid lines—are also subject to aging.

Anatomy of A Valve Failure

The View Through the Borescope: Diagnosing Valve Problems

Modern borescopes are fantastic tools for determining the health of piston engines, and they give us the unprecedented ability to make and share digital images of the things we see inside cylinders.

After closely examining hundreds of aircraft engines and thousands of cylinders, some trends become clear.

Read more on this topic
The FAA determined that periodic cycling of the circuit breakers is imperative to their continued functionality.

Time between overhaul (TBO) is a recommendation by the engine manufacturers to indicate the expected engine overhaul interval. TBO is given in both hours on the engine and calendar time. Many Lycoming engines, for example, have an hourly TBO of 2,000 hours and a calendar TBO of 12 years. If an engine has only 300 hours but 20 years have passed since its last overhaul, it is likely in need of an overhaul.

A top overhaul is the repair of parts and components outside the engine crankcase, and typically includes the removal of one or more of the engine's cylinders, and a rebuild of the affected cylinders with existing or replacement parts. It also can include the removal of the cylinders, reconditioning of the cylinder walls, inspection of the pistons, valve operating mechanism, valve guides and seats, and replacing pistons and piston rings.

The term "overhaul" is synonymous with "major overhaul," and involves a complete teardown and inspection of the entire engine, followed by rebuilding it with existing or replacement parts so that all components meet factory specifications to new or serviceable limits. In an overhaul, there are certain parts that must be replaced, regardless of their condition. Overhauls reset the TBO clock back to zero, although previous time on an overhauled engine is carried forward in the engine logbook.

A factory remanufactured or rebuilt engine is produced when the engine manufacturer performs a complete teardown and rebuild of the entire engine using new, refurbished, or existing parts that meet original specifications. The engine manufacturer is the only organization given the authority to return an engine to a "zero-time" condition.

Tip: During periods of inactivity, corrosion can develop inside the engine due to condensation and loss of protective oil on the surfaces of moving parts, possibly leading to damage during the next start-up. To keep your aircraft's engine healthy, follow the manufacturer's recommendations for long-term storage—or just fly the aircraft more often.

In this Section
How Old is Your Aircraft?
Metal Fatigue and Corrosion
Other Aging Factors
Aging Symptoms
Inspections and Maintenance
Rules to Live By
X