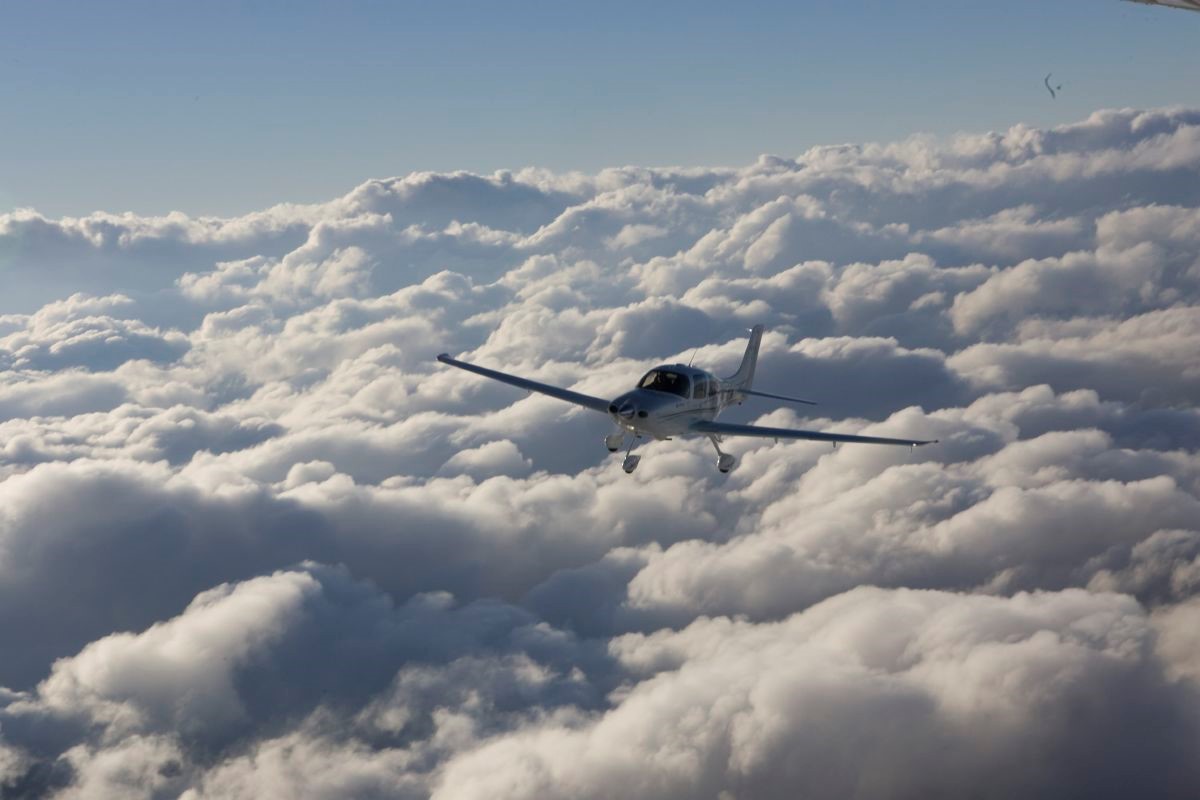 We humans are VFR-only creatures. When our bodies are in motion without visual reference, the senses we use to maintain our balance and know “which end is up” are completely unreliable.

Pilots deprived of visual references while flying can quickly lose control of the aircraft and succumb to one of general aviation’s killers: spatial disorientation.

Spatial Disorientation: What is it?

Conditions That Can Lead to Spatial Disorientation

VFR into IMC: The Experience

In this video, pilots recount their real-life VFR into IMC experience.

Three sensory systems give us the information we use to maintain our equilibrium and determine where we are and how we’re oriented:

Knowing how each of these systems operates helps explain how spatial disorientation develops, and how to minimize your chances of experiencing it.

Ninety percent of the information we use for point of reference comes from our eyes. The most reliable of our senses, vision overrides conflicting sensations from our other systems. When we fly in visual meteorological conditions (VMC), our vision enables us to keep the airplane properly oriented to Earth by reference to the ground, sky, and horizon. Vision is so powerful that we’re rarely aware when our brain receives conflicting signals from other systems. Even so, vision is prone to illusions. Those mistakes in processing or interpreting what we see can result in spatial disorientation.

The vestibular system is our secondary positioning system and consists of motion- and gravity-sensing organs. These are our internal gyros. The system is redundant; there’s one in each inner ear and each can provide the brain with all the information needed to maintain balance. Despite redundancy, they can be compromised by several factors: sickness, inebriation, a hangover, dizziness, or nausea can all lead to an unreliable inner ear. Also, this system can only supplement—not replace—vision for maintaining orientation while airborne. Each vestibular apparatus has two structures: semicircular canals and otolith organs.

Tip: The vestibular system is also called the kinesthetic senses.

The semicircular canals each have three perpendicular tubes containing fluid and sensory hairs. As the body moves, the motion of the fluid in the canals provides the brain with roll, pitch, and yaw information. This system can substitute for eyesight when on the ground; if you close your eyes, you can still walk, or sense whether you’re upright or lying down.

However, the semicircular canals do have some limitations. When a turn commences in the air, the inertia of the fluid moves in the opposite direction relative to the sensory hairs, and we correctly interpret the turn and its direction. But if the turn continues, the fluid catches up, creating the sensation that the turn has ceased. Therefore, a prolonged constant rate turn results in the false sensation of not turning at all. When the turn finally does stop, the fluid continues moving due to inertia, creating the sensation of a turn in the opposite direction.

Additionally, any bank rate of less than two degrees per second is insufficient to stimulate the fluid in the canals and will not be felt. Considering that a standard rate turn is three degrees per second, you can understand how, without visual reference, it’s possible to enter a bank degree by degree that becomes progressively steeper while feeling that the aircraft is flying straight and level.

The otolith organs are small sacs at the base of the semicircular canals. They are embedded with sensory hairs and contain a gelatinous membrane with chalklike crystals called otoliths. As the head or body moves, the movement of the membrane against sensory hairs registers gravity.

Also called the proprioceptive system, this system is comprised of hearing and nerves in the skin, muscles, joints, and internal organs. The nerves sense pressure differentials. This system remains relatively unnoticed on the ground, but while flying, pilots can feel changes in G-forces and pressure as the inertia of their bodies reacts to the motion of the airplane. These sensations are most acutely felt where the body and the airplane meet, namely on the seat. The ability to correctly interpret these sensations is the source of the term “seat-of-the-pants” flying.

Our binaural hearing can determine our position relative to a sound source. In the air our hearing can also identify conditions such as an overspeeding propeller, air rushing against the airframe, or the unnerving silence of a suddenly quiet engine.  all