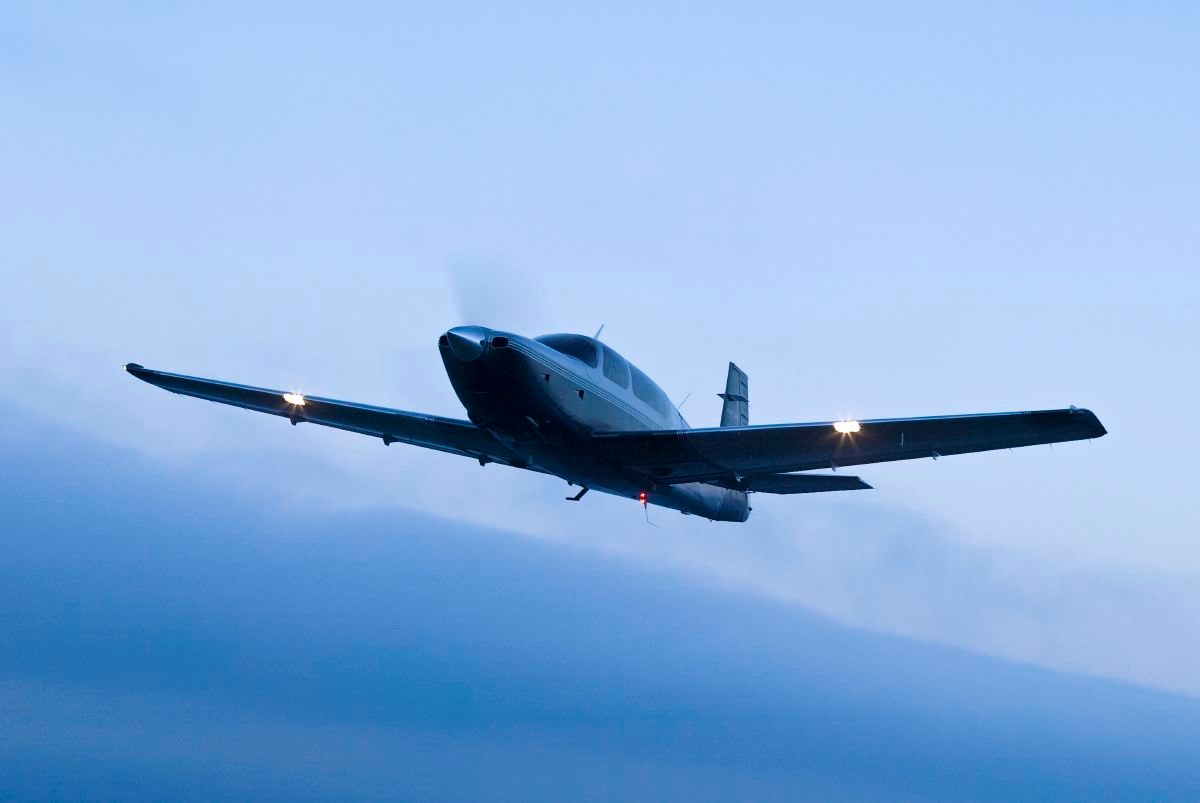 All three sensory systems are prone to errors. In some cases, we may have the illusion of being straight and level when we’re almost inverted. Or we may be convinced we’re tumbling end over end when we’re straight and level. The following are some of the most common illusions affecting pilots of fixed-wing aircraft that can result in spatial disorientation.

False horizon: When the only or most distinct visual reference is a cloud formation, it can be confused with the horizon or the ground. A sloping cloud deck that extends into a pilot’s peripheral vision will appear to be horizontal. Likewise, a cloud bank below the aircraft that is not horizontal to the ground may appear to be horizontal. These illusions cause a pilot to fly the aircraft in a banked attitude.

Confusing ground and star light: At night, ground lights can be mistaken for stars. This can lead pilots to maneuver the aircraft into an unusual attitude in an effort to put the ground lights “above” them. In areas with sparse ground lighting, isolated lights can also be mistaken for stars, which can make the aircraft appear to be in a nose-high attitude or have one wing low. When overcast conditions block any view of stars, unlighted areas of the terrain can appear to be part of the sky.

Autokinesis: At night, a stationary dim light against a dark background will appear to move if a pilot visually fixates on the light for about six to 12 seconds. Pilots can then mistake the light for another aircraft and attempt to maneuver the aircraft to compensate for the perceived movement of the light.

Tip: You can experience autokinesis from the ground. The next time you’re stargazing, give it a try!

All three sensory systems are prone to errors.

Be extra alert to spatial disorientation when rolling in or out of turns and your head is down in the cockpit, such as when you’re changing frequencies, writing down an amended clearance, or picking up something you’ve dropped. Especially when flying in IMC, the best thing to do is wait until you are wings level before doing any of this. It may mean you have to ask ATC to stand by before you can copy a clearance or change frequencies.

In the absence of visual reference, we rely on our vestibular system to keep us oriented. But this system is unreliable when in motion. Therefore, vestibular illusions create the greatest danger of spatial disorientation.

The leans: This is the most common form of spatial disorientation. It results from a pilot’s failure to detect angular, or banking, motion. If a bank is entered slowly or maintained long enough for fluid in the semicircular canals to stabilize, and the aircraft is quickly returned to straight and level, the motion of the fluid in the canal will give the sensation that the aircraft is banking in the opposite direction. The pilot may try to bank the aircraft into an attitude erroneously perceived to be straight and level. 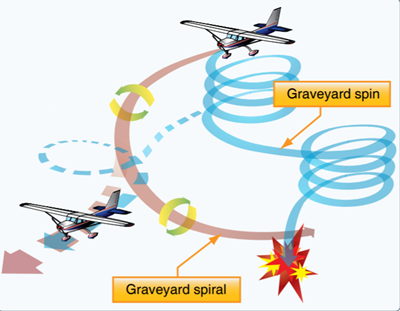 The graveyard spiral: This is a high speed, aptly named, tight descending turn that results from a failure to detect rolling motion. Since any bank rate of less than two degrees per second is not felt, the wing may drop and the airplane may begin a turn without the pilot realizing it. As the airplane spirals downward and its descent accelerates, the pilot senses the descent but not the turn. The natural tendency is for the pilot to pull back on the yoke to arrest the altitude loss. But with the bank angle having gradually increased, this control input only tightens the turn and increases the descent rate.

Tip: The graveyard spiral is not a spin because the wings are never stalled.

Vertigo/Coriolis illusion: Abrupt movements of the head can set the fluid in the semicircular canals moving in such a way as to create an overwhelming sensation of tumbling head over heels. The sensation can be strong enough to lead a pilot to lose control of the aircraft. Looking down, as you might when searching for a chart in the cockpit or picking up a dropped pen or pair of glasses, and then looking up can cause vertigo.

Inversion illusion: An abrupt change from a climb to straight-and-level flight can excessively stimulate the sensory organs for gravity and linear acceleration, creating the illusion of tumbling backwards.r