Get the app Get the app
Get the latest news on coronavirus impacts on general aviation, including what AOPA is doing to protect GA, event cancellations, advice for pilots to protect themselves, and more. Read More
Already a member? Please login below for an enhanced experience. Not a member? Join today
Training & Safety Online Learning Weather Wise Air Masses and Fronts Pressure Systems 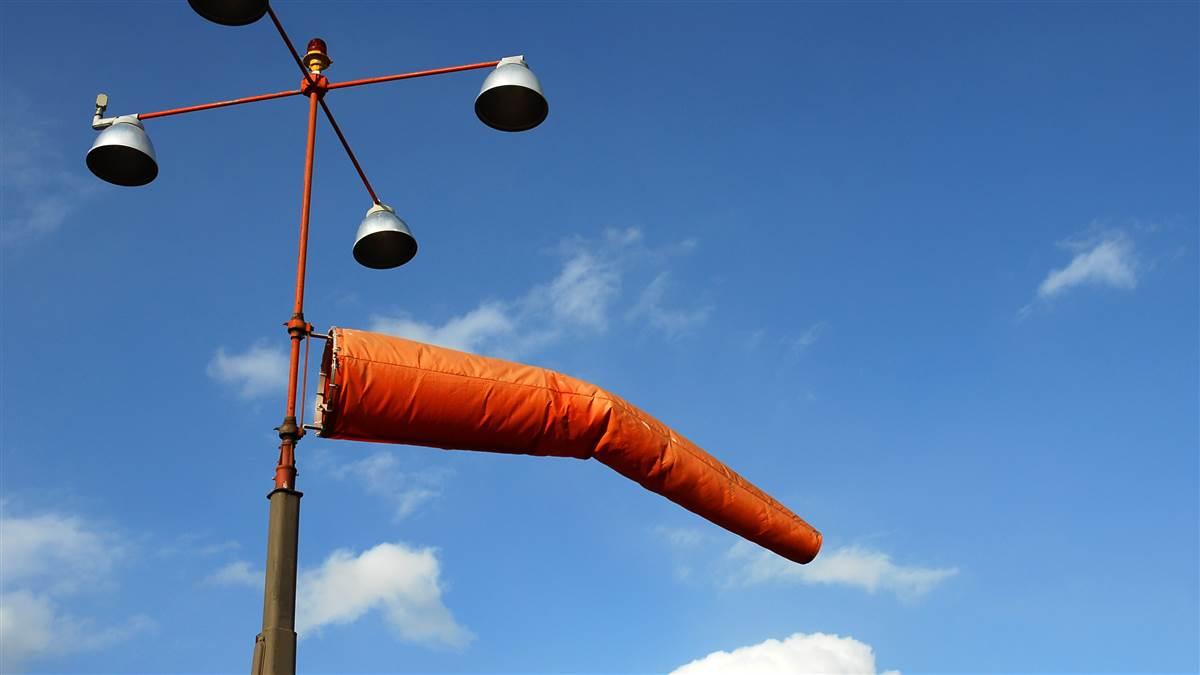 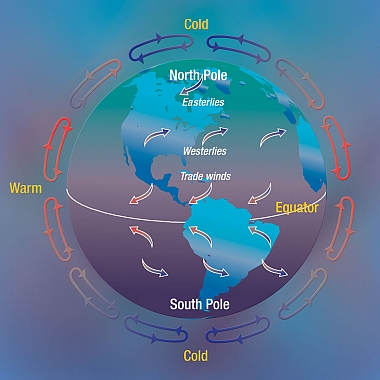 On a grand scale, air masses are set in motion by uneven heating of the Earth’s surface, which causes atmospheric circulation that creates variations in density and pressure.

The Earth’s rotation causes Coriolis force, which affects the direction of wind flow and counteracts the tendency of air to flow directly from high to low pressure areas. 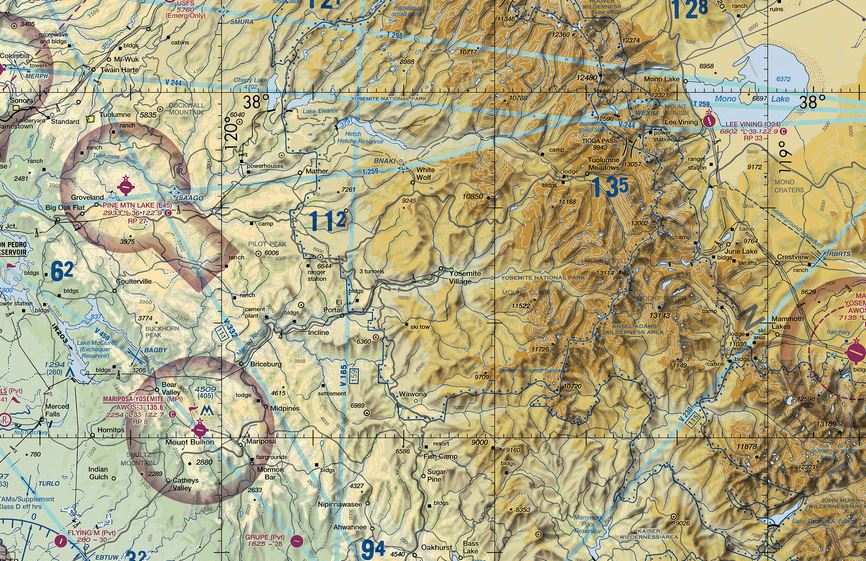 Think about atmospheric pressure the same way you’d think about terrain to make it easier to understand terms often used in meteorology. For example, contour lines on a sectional chart connect the terrain’s equal height and steepness areas. Similarly, isobars on a pressure map connect equal pressure areas. A steep pressure gradient (the pressure difference between a high and a low) is like a steep slope on a sectional chart or terrain map: The isobars, like the contour lines, are close together. Note, the pressure gradient horizontally is small compared to the change of pressure with height which is exponential.

Likewise, when forecasters talk about “troughs” and “ridges,” they make an analogy to terrain features. A trough is an elongated low pressure area: If you used the isobars to create a 3D map of a trough, it would look like a long, hollowed-out area. Similarly, a ridge (an elongated high pressure area) would look just like a mountain ridge if mapped in 3D.

The spinning Earth influences atmospheric circulation as it creates three convective cells north (and three convective cells south) of the equator. In the northern hemisphere’s northernmost cell, mid-latitude air rises and migrates north to the Arctic, where it becomes a cold, dense, high pressure air mass. This mass moves south, displacing other air masses (and growing warmer) along the way.

At a given location, the actual speed and direction of the wind is determined by a combination of three things working together at the same time: 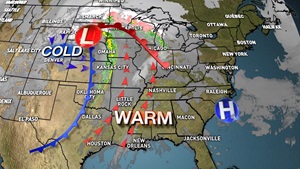 On weather maps, the letter “H” represents the center of a high pressure area, while an “L” shows the center of a low. Lines called isobars connect areas of equal pressure. Where isobars are close together, differences in pressure occur over shorter distances. Wind tends to be stronger in these areas.

TIP: When you hear words like high, low, warm, and cold, remember that they’re being used in a relative sense. For example, a cold front in the summer typically brings air that’s warmer than a warm front in the winter.

The concept of Coriolis force—sometimes referred to as an “apparent” or “pseudo” force—can be difficult to grasp. Here’s a simple way to think about it.

Imagine you fired a rocket directly north from Dallas to Omaha. The rocket’s path would seem perfectly straight from the perspective of someone flying alongside it. But from the perspective of someone standing on the ground, it’s path would appear to curve and miss its target. But even though the rocket appears to be deflected off its original course, nothing has exerted a physical force upon it: The Earth has simply rotated beneath it while it was in flight.

The Earth’s rotation causes Coriolis force, which affects the direction of wind flow and counteracts the tendency of air to flow directly from high to low pressure areas. In the northern hemisphere, the Coriolis effect deflects the wind to the right and causes air to flow clockwise around highs and counterclockwise around lows.

Counterclockwise Path—Imagine a high pressure area, sitting next to a strong low. Viewed from above, the strong pressure differential pulls the air to the left, toward the low, while Coriolis force tries to pull it to the right (but with less force). Thus, the air still moves toward the low, but not directly toward it. Deflected by Coriolis force, it follows a curved path—a counterclockwise spiral toward the center of the low.

Clockwise Path—Now imagine the same high pressure area sitting next to a weaker low. In this case, the pressure gradient is not very strong, and even though the air is still being pulled toward the low, the Coriolis force is sufficient to overcome it. So, what happens? Instead of being pulled left toward the low, the air is pulled to the right: It follows a curved, clockwise path around the high.

Ground friction, which increases with proximity to the surface, tends to both slow down the air and counteract Coriolis force. Think of it this way: The air trying to move independently from the Earth causes Coriolis force, but the Earth dragging the air along with it causes friction. Increased friction reduces relative air-Earth motion and lessens Coriolis force.

TIP: Friction from terrain and other obstructions slows the wind near the surface and reduces Coriolis force. You’ll notice that, as you climb to a higher altitude, the wind tends to shift a few degrees and increase in speed.

High pressure system—The air in a high pressure system descends and flows outward in a clockwise direction toward the surrounding, lower pressure air. As the air spreads away from the high, air from above descends to replace it. This generally results in light winds and clear skies as the descending air warms and moisture evaporates.nfr

Low pressure system—The air in a low pressure system converges inward and upward in a counter-clockwise direction from the surrounding, higher pressure air. As the air converges it is forced to rise. This generally brings stronger winds, cloudy skies, and precipitation as the rising air cools and the moisture in it condenses.

TIP: The closer you are to the center of a surface low pressure system, the stronger you can expect the wind and any associated weather to be.

The scientific unit of pressure is the Pascal (Pa). One pascal equals 0.01 millibar. Meteorologists introduced the hectopascal (hecto meaning 100) as the international unit for measuring atmospheric pressure. Most forecast and weather reports in the U.S. still use millibars, but many European countries use the term hectopascal (hPa).

Your location relative to high and low pressure systems can give you an idea of the kind of weather to expect.