Get the app Get the app
Already a member? Please login below for an enhanced experience. Not a member? Join today
Training & Safety Online Learning Weather Wise: Precipitation and Icing Icing
Sponsored by SiriusXM Aviation 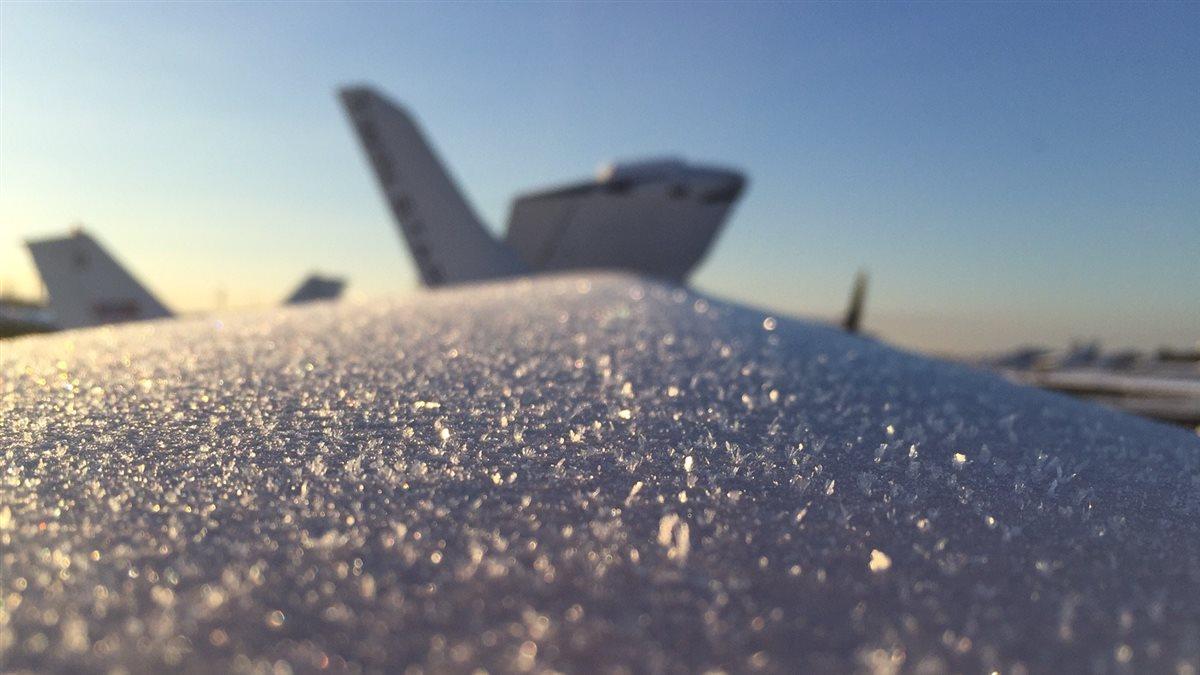 Why Ice is Bad

When you add power to compensate for the additional drag, and lift the aircraft’s nose to maintain altitude, the angle of attack increases, allowing the underside of the wings and fuselage to accumulate additional ice.

Ice accumulates on every exposed frontal surface of the airplane—not just on the wings, propeller, and windshield, but also on the antennas, vents, intakes, and cowlings. Ice builds in flight where no heat or deicing boots can reach it, and it can cause antennas to vibrate so severely that they break. In moderate to severe conditions, a light aircraft can become so iced up that continued flight is impossible. The airplane may stall at much higher speeds and lower angles of attack than normal—it can roll or pitch uncontrollably, and recovery might be impossible.

Watch how layers of clothing can drag you down. The same can happen with layers of icing!

This type of icing forms on the outside of the aircraft with temperatures near freezing and some type of visible moisture present (for example, clouds, freezing mist, freezing rain, etc.).

Hear from weather expert and AOPA Pilot magazine writer, Tom Horne, on the dangers of flight into "known icing" conditions and what you can do to escape those conditions with your life. 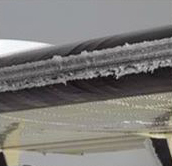 Note:
Often found in cumulus clouds, clear ice can be caused by: 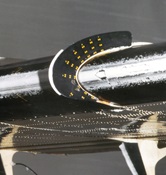 Composition:
A rough, milky, opaque ice formed by the instantaneous or very rapid freezing of small supercooled water droplets as they strike the aircraft.

Note:
Often found in stratus clouds, rime ice can be caused by: 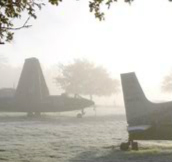 Note:
Even a light layer of frost can increase drag and rob an airplane of critical lift.

Tip: Mixed ice is a combination of clear and rime ice formed on the same surface. Its unique shape and roughness significantly decrease lift.

Radiation Frost—This occurs when a clear sky and calm winds (less than 5 mph) allow an inversion to develop, and temperatures near the surface drop below freezing. The inversion layer’s thickness commonly varies from 30 to 500 feet. Ice crystal formation depends on the dew point (frost point), which is the temperature to which air must be cooled at constant pressure to cause atmospheric moisture to condense or deposit. The drier the air, the lower the dew point.

Tip: Frost can develop fast. If you fly somewhere for a quick dinner on a chilly night, you could find the airplane covered in frost before dessert arrives. So, make sure to have deicing supplies on board when conditions are favorable for frost!

Supercooled Large Drops (SLD)—These can form during temperature inversions, when large raindrops fall into colder air and are cooled to below-freezing temperatures. SLD stay in liquid form until they contact an aircraft surface that is below freezing, then immediately freeze into structural icing. SLD can also form in deep, moist convection (even when the entire temperature profile is below freezing).

Ice accumulates on every exposed frontal surface of the airplane—not just on the wings, propeller, and windshield, but also on the antennas, vents, intakes, and cowlings.

Not all clouds cause structural icing—even when the temperature is below freezing. Some clouds can be quite “dry,” meaning they are made up of tiny ice particles that will not stick to your aircraft. In the United States, dry clouds are typically found in the western states, with the exception of the Pacific Northwest, where moist conditions prevail, and icing is common. Wet clouds also are found in the Northeast and Midwest, particularly in the vicinity of the Great Lakes. Expect severe icing potential when flying over or downwind of the Great Lakes and other large bodies of water. The air is extremely moist, and if the temperatures are freezing or below, the clouds can be loaded with ice. This is true even if those clouds produce significant lake effect snow—especially at the top where drizzle-sized drops are often found.

Your airplane will have: 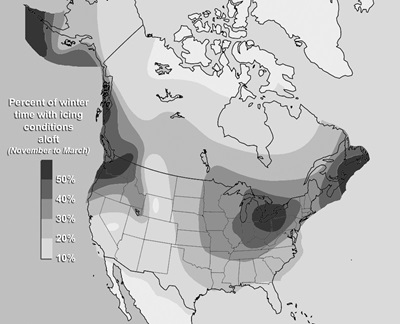 If you fly somewhere for a quick dinner on a chilly night, you could find the airplane covered in frost before dessert arrives.

Ice is Not Nice

Significance:
Evaluate escape options and exit as soon as possible.

Accumulation rate may create a problem if flight is prolonged in this environment.

Accumulation Rate:
Accumulation rate is such that even short encounters become potentially hazardous.

Accumulation Rate:
Accumulation rate is such that even aircraft with deicing/anti-icing equipment must divert immediately.

Note: For a typical GA aircraft, even the lowest level of icing means trouble!

At the first indication of carburetor ice, apply full carburetor heat and leave it on. The engine may run rougher as the ice melts and goes through it, but it will smooth out again. When the engine runs smoothly, turn off the heat. (If you shut off the carburetor heat prematurely, the engine will build more ice—and probably quit because of air starvation.) The engine rpm should return to its original power setting. If the rpm drops again, fly with the carb heat on. Do not use partial heat.

Carbureted Engines—These are especially susceptible to induction icing because of the venturi effect within the carburetor. It is possible for carburetor ice to form (particularly when engine rpm is low) even when the skies are clear and the outside air temperature is as high as 90 degrees F, if the relative humidity is 50 percent or more. But carburetors can ice up at cruise power when flying in clear air and in clouds if relative humidity and temperatures range between 60 and 100 percent and 20 and 70 degrees F, respectively.

Fuel Injected Engines—These also need air to operate. When conditions are favorable for structural ice, fuel injected engines can lose power and even fail if the air filter and intake passages are blocked by ice. Many aircraft are equipped with an alternate air source in the event ice blocks the primary air intake.

Tip: Both carburetor heat and alternate air sources use unfiltered air. They should be closed when on the ground, unless conditions are conducive to engine icing while taxiing.

Tip: In a manual system, be sure to open the alternate engine air door before it freezes shut!
In this Section
Precipitation
Icing
Deicing and Anti-Icing Equipment
Preflight Strategies
In-Flight Strategies
Rules to Live By