Get the app Get the app
Already a member? Please login below for an enhanced experience. Not a member? Join today
Training & Safety Online Learning Weather Wise: Precipitation and Icing In-Flight Strategies
Sponsored by SiriusXM Aviation 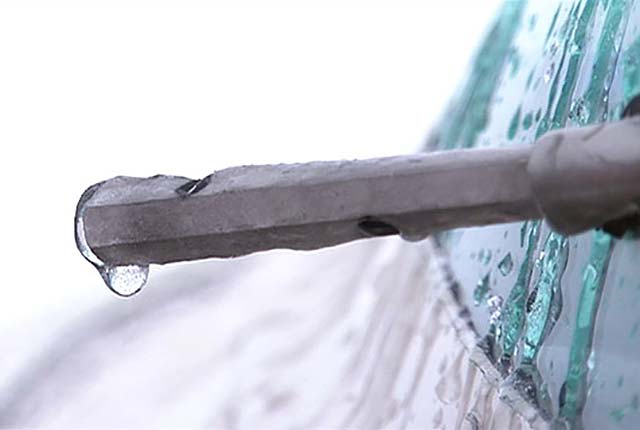 Actual weather conditions in-flight may well be different than expected. This requires a risk management mindset and an understanding of the decision-making process to determine what is different, how it affects your flight, and what you should do about it.

The active decision-making process can be broken down into three basic steps: 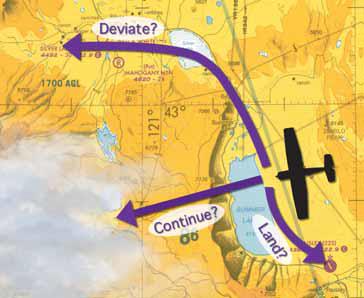 Anticipate—What could go wrong? It’s a good idea to maintain an active mental “lookout” for potential problems during flight. Also, recognize that different phases of flight—such as climb, cruise, and approach—call for different degrees of anticipation.

Recognize—Has something gone wrong? Avoid problems in flight by paying attention! The sooner you recognize a problem and start thinking about how to handle it, the better. Insidious problems can be difficult to detect if you’re not paying close attention. For example, deviations from the weather forecast en route can be quite subtle. Stay alert and look for things that don’t seem normal, or don’t fit with expectations—anything that gives you “cause to pause.” This signals that the situation is changing—possibly for the worse—and that you may need to take action.

Act—Evaluate your options and choose one. Here’s where many pilots fail. They recognize the problem, but don’t do anything to confront it. Why? It’s inconvenient. It means a major change in plans, and it may mean making a difficult or unpleasant choice. Regardless, once you’ve recognized a problem you need to make a choice. That choice depends upon a number of factors—the type and seriousness of the problem, the rate at which the situation is deteriorating, and the available alternatives. Be prepared to act without delay, should the situation warrant it.

VFR flight into instrument meteorological conditions is a leading cause of fatal GA accidents. This video re-creates an actual VFR-into-IMC accident and examines the lessons we can learn from it.

ASOS/AWOS—Tuning into ASOS and AWOS frequencies is a great way to keep up with surface weather conditions.

Other Pilots—Knowing what’s ahead can be as simple as listening to other pilots on frequency. If others are deviating for ice or heavy precipitation along your route, it’s better to change plans soon.

ATC Radar—This can be very helpful as long as you keep in mind that the system depicts solid objects such as precipitation only. It can’t detect clouds, fog, haze, and other visibility reducing weather, so ATC can’t warn you about IMC or developing weather that hasn’t produced precipitation yet.

SiriusXM Aviation’s satellite-delivered weather is available to pilots at any altitude from nontowered fields to backcountry strips in the continental United States and southern Canada. With a complete set of weather features including Icing NOWcast and Freezing Levels, private pilots can fly confidently knowing they have the best information and network available for their flight.

Freezing Levels indicates the current height at which the static air temperature is at or below freezing. Freezing levels are contoured in increments of 100s of feet msl.

Note: The 2020 mandate does not require a pilot to use ADS-B weather. You are free to choose SiriusXM weather, ADS-B Weather, or both. To learn more about the important difference between SiriusXM and ADS-B weather at each stage of flight, ‘fly’ this Infographic.

ADS-B or SiriusXM? What’s Right For You?

Watch and decide which product is right for your style of flying.

An airplane’s tail surfaces will normally ice up much faster than the wing.

What’s on the Scope?

Not all ATC radar is created equal.

En Route Centers—Controllers use WARP (Weather and Radar Processor) systems and receive information from NWS Nexrad sites that refresh the color precipitation data on their display every four to five minutes. They describe precipitation as moderate, heavy, or extreme.

Tip: When working with center, remember that reported moderate precipitation may already be hazardous for your situation.

Watch the outside air temperature (OAT) gauge throughout the flight—especially during the climb—to check if the temperatures at different altitudes are as expected. This is any easy way to validate the overall forecast while determining the freezing level for the current location.

Note: Be aware that the OAT probe may be affected by ice accretion or being wet. Also, in-flight adiabatic compression and evaporation cooling will affect the temperature shown by several degrees, depending on conditions. 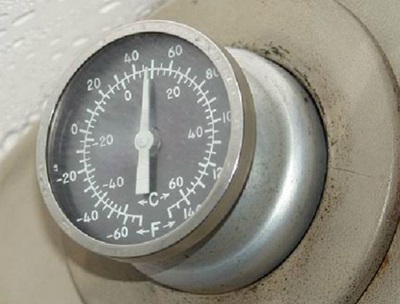 How do you detect ice in flight? Here are a few tips.

Carburetor Ice—With a carbureted engine, watch the rpm or manifold pressure to detect any loss of power. This will be the first indication of carburetor ice.

Visual—Structural ice will likely form first on small parts of the aircraft that protrude into the airflow, like the wings and propellers.

Flashlight—For night flights, use a flashlight that is bright enough to inspect for ice from the cockpit. Don’t’ forget to carry extra batteries!

Flying the Weather: Picking Up Ice

Early detection of ice accumulation is critical to the safe outcome of a flight—even for pilots flying in aircraft equipped with de-icing equipment. In this video, Tom Horne talks about what to look for—and where—to determine if your aircraft is starting to pick up ice.

If you encounter ice, advise ATC immediately when the ice first start to build, not after the situation is critical.

Ice Contamination and Its Effect

How quickly a surface collects ice depends in part on its shape. Thin, modern wings will be more critical with ice on them than thick, older wing sections. An airplane’s tail surfaces will normally ice up much faster than the wing.

Wing Stall— Stall characteristics will be degraded. The wing will stall at a lower angle of attack and a higher airspeed and ice accretions may be asymmetric between the two wings. Ice on the wings forward of the ailerons can seriously affect roll control. Wings on GA aircraft are designed so that a stall starts near the wing’s root and progresses outward—so the stall does not interfere with roll control of the ailerons. However, the outer wing (generally thinner and a better ice collector) may stall first rather than last. This can lead to a partial stall of the wings at the tips, which can affect the ailerons and therefore roll control.

Tail Stall—The horizontal stabilizer balances the tendency of the nose to pitch down by generating downward lift on the aircraft’s tail. When the tail stalls, this downward force is lessened or removed, and the aircraft’s nose can severely pitch down. Because the tail has a smaller leading edge radius and chord length than the wings, it can collect proportionately two to three times more ice then the wings and, often, this ice accumulation is not seen by the pilot.

Note: Although GA aircraft are more commonly prone to a wing stall, you should know if the aircraft you fly is susceptible to an ice contaminated tailplane stall (ICTS).

Avoid an icing encounter in weather conducive to ice. When flying from an area with no precipitation into an area with precipitation, the best immediate action is to turn around and go back where it was clear—then evaluate your options:

Tip: Give PIREPs if you encounter unexpected precipitation or ice. If it’s serious, tell ATC so they can share the information to help other pilots. The PIREPs you give also help improve forecasts.

If you encounter ice, advise ATC immediately when the ice first start to build, not after the situation is critical.

Tip: Contrary to popular belief, declaring an emergency usually doesn’t result in paperwork and FAA enforcement actions. Get help when you need it and worry about the consequences later.

Ride along for this chilling re-creation and analysis of an accident that occurred when the pilot of a Cirrus SR22 encountered unforecast icing over the Sierra Nevada mountains.

Most icing accidents occur in the approach and landing phase of flight. If you encounter structural ice, the following can help to ensure a safe landing:

This pilot picked up enough ice to nearly bring down his Cessna 182. Climb in the right seat as he recounts the tale of his unexpected struggle in ice-filled clouds and review some critical facts before venturing anywhere near ice.

Generally, runway braking conditions are reported as good, good to medium, medium, medium to poor, poor, and nil. When braking action is reported as less than good, the number of acceptable landing runways may diminish quickly as landing surfaces deteriorate. Under these conditions, land into the wind and make sure there’s plenty of extra landing distance available.

Aerodynamic, not disc, braking is more important when runway conditions have deteriorated due to water, snow, ice, and slush. Fly at the correct approach speed, then once in the landing flare, hold the aircraft’s nose off the runway as long as possible to aid in aerodynamic braking. Finally, when the airplane has settled on the runway use the brakes sparingly—or not at all.

Remember that landing is only half the battle. Runway and taxiway markings may be hidden under snow and obscured by snowdrifts. Allow extra room to maneuver around high snow piles. Play close attention to your speed—stomping on the brakes may slide your airplane across the ramp.

Note: The braking action term “Fair” was replaced with “Medium.”

Are you familiar with the reporting language used to describe runway landing surface grip? This video shows how the Runway Conditions Assessment Matrix (RCAM) can help you anticipate your airplane's braking performance in bad weather.