Get the app Get the app
Get the latest news on coronavirus impacts on general aviation, including what AOPA is doing to protect GA, event cancellations, advice for pilots to protect themselves, and more. Read More
Already a member? Please login below for an enhanced experience. Not a member? Join today
News & Media Transparency taking off

Following the October 2018 launch of the “Know Before You Go” best practices guidelines, which call for fee transparency, fixed base operators across the country are rushing to get fees publicly posted online. 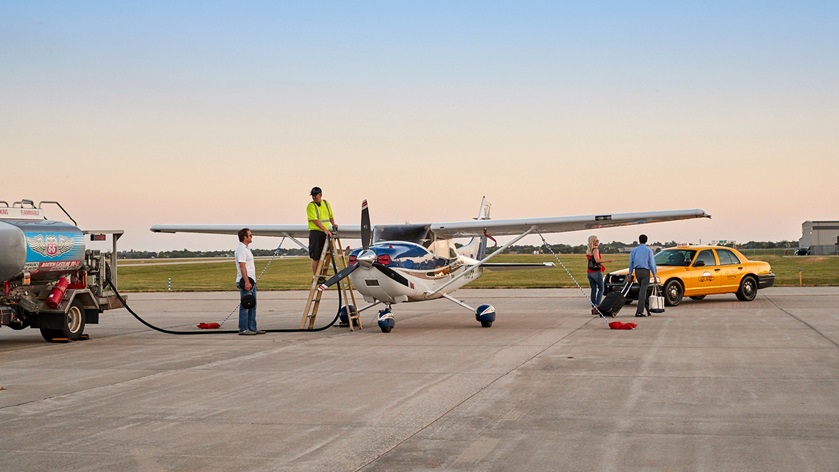 While aviation fuel prices are already largely available online, many airport and FBO fees are not. For more than two years AOPA has been investigating and fighting egregious and often unknown FBO fees that can restrict access to airports.

AOPA has found the overwhelming majority of FBOs have reasonable fees and effectively facilitate pilot access. But at a number of the most complained-about locations, mostly with a monopoly position FBO, pilots may find egregious pricing practices that could adversely affect access.

“We are seeing great response to the ‘Know Before You Go’ best practices, and we applaud industry leaders like Jeff Baum, Josh Hochberg, Larry Wade, and Duncan Aviation for making sure pilots can easily find what they should expect to pay for various services,” said AOPA President Mark Baker. “These leaders understand customer service and serve as examples for the rest of the industry as we work to make sure all FBOs at public-use airports make their fees available online.”

Golden Isles Aviation, which is based at McKinnon St. Simons Island Airport in Georgia, posted fees on AOPA’s Airport Directory and provides a hyperlink to the directory on the company’s website.

President of Golden Isles Aviation and member of NATA’s Board of Directors Larry Wade said, “FBOs want their guests to be informed regarding any fees that may be applicable to a visit or for services requested.”

“Learning that AOPA had a fees section regarding our FBO in their directory, we got in touch with them and they gave us the ability to edit that section and keep it current. We then simply hot linked the section on our website to demonstrate to other FBOs how easy it is to post them on their website, without having to get a web designer involved if they didn't have that skill in-house,” Wade continued.

NATA represents the FBO industry and signed on to the release of the “Know Before You Go” best practices. Wade plans to speak at the Sun ’n Fun International Fly-In and Expo in Lakeland, Florida, on April 3 at the Pilot Town Hall in the AOPA Program Pavilion along with Baker.

Pilots attending Sun ’n Fun can learn more about the Airport Directory and use it to review airport businesses on iPads in the Main Tent at the AOPA Campus.

FBOs are encouraged to post fees on AOPA’s Airport Directory, which is used for flight planning by thousands of pilots every month. AOPA is also working with industry leaders to develop a simplified online template of fees, and will host tutorials on how to load and update fee data in the Airport Directory.

Garmin announced on March 16 that its Garmin Pilot electronic flight bag service will utilize the information in AOPA’s Airport Directory to tell pilots what fees they should expect when arriving at an airport.

But pilots should understand that FBO fee transparency is voluntary and new to the industry, and they should expect some information to be incorrect or incomplete as FBOs, EFBs, and other aviation businesses adopt the “Know Before You Go” best practices.

California-based Sonoma Jet Center at Charles M Schulz - Sonoma County Airport is another FBO that has posted fees on the company’s website. Sonoma is led by Josh Hochberg, who also is chairman of the NATA airport business committee.

In an interview with AOPA Live®, Hochberg said, “What we’ve heard from AOPA primarily is a frustration that our pricing isn’t available online. We said, ‘Hey, let’s put it online.’”

A lifetime AOPA member and strong advocate for general aviation, Hochberg taught ground school at a local high school in 2018. A number of Hochberg’s ground school students have become FBO employees and are now earning their private pilot certificates and building time. He offers employees access to a Grumman Cheetah in a flying club at discounted rates.

Hochberg explained, “One thing that I’ve always done is when we get a new employee, put them in the Cessna 340 and we fly to two FBOs: One that I am confident will do a good job, and one that I’m confident is going to do a bad job, and they get to see the differences and it’s very informative and instructive.”

Duncan Aviation may be the latest FBO operator to post fees online in the form of an “FBO Services Calculator.”

According to a Duncan press release, the new feature was developed “in response to customer requests and the ‘Know Before You Go’ campaign.”

“We agree that transparency in pricing is important in FBO services,” said Troy Hyberger, FBO services manager for Duncan Aviation’s Lincoln, Nebraska, location. “We have listed our fuel prices and potential ramp fees on the internet for some time. This app takes that even further by allowing operators to calculate their exact invoice.”

Pilots who stop at a Wisconsin Aviation location are greeted by signs declaring, “No ramp fees; we prefer to earn your business.”

And President and CEO of Wisconsin Aviation Jeff Baum wrote in support of industry transparency in his company’s periodical. “AOPA certainly recognizes free enterprise’s right to set its own prices and that the aviation businesses (FBOs) have a right and need to earn profit. However, when the prices charged deter people from using publicly funded airports—and especially when these fees come as a surprise—something needs to be done.”

The largest FBO provider in the world, Signature Flight Support, has posted fees for piston aircraft at most locations, and the company has told AOPA it is working to make jet and turboprop fees available online in the near future.

AOPA General Counsel Ken Mead said, “We are very encouraged by recent progress, but we must remain vigilant to ensure FBOs at all airports that receive federal funds make their fees easily accessible online.”