Get the app Get the app
Already a member? Please login below for an enhanced experience. Not a member? Join today
News & Videos AirVenture highlighted by celebration, innovation

A week of celebration and innovation during EAA AirVenture saw “The World’s Busiest Control Tower” handle another huge flock of general aviation pilots and enthusiasts visiting Wittman Regional Airport in Oshkosh, Wisconsin, for the fiftieth time.

Although the festivities began with six inches of rain that mired vintage aircraft parking spots in mud and pools of water, delayed mass arrivals, and damaged aircraft at nearby Appleton International Airport, the weather soon gave way to sunny skies.

VFR conditions for the remainder of the week attracted pilots of more than 10,000 airplanes, said Experimental Aircraft Association President and CEO Jack Pelton, during closing remarks. He added that more than 2,700 showplanes, 100 seaplanes, and “more than 1,000 total homebuilt aircraft” were on site.

Legendary airshow performer Julie Clark powered her Beech T–34 Mentor into the sunset for the last time at AirVenture during a farewell tour that capped a 40-year airshow career.

Meanwhile, airshow newcomer Jessy Panzer wowed crowds at the flight line during a technically demanding two-ship formation performance with airshow great Sean D. Tucker as part of their high-flying New Team Oracle act. They end their routine with an aerial heart as a shout-out to “the men and women serving our country,” she explained after a demonstration flight in the Oracle Extra 300. “We love what we’re doing, and we love this great country that we live in,” she added. 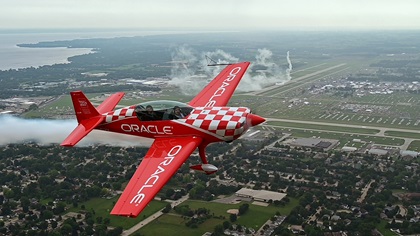 Panzer, an Embry-Riddle Aeronautical University graduate and a corporate and aerobatic pilot, thanked Tucker and other mentors for the opportunities that allow her to represent other young women in aviation. “It takes a lot of hard work, a little break now and then, and a lot of help from your friends, but I hope to be an inspiration to show other girls that you can do it if you stick with it. If you have a goal and you have a dream—and you just make little decisions every day that get you closer to that goal—you will get there eventually,” she said.

The airshow and GA convention locked step with other Americans who celebrated space exploration fifty years after Apollo 11 landed on the moon. Highlights included an evening talk with lunar commander astronaut Mike Collins, 88, who wowed an evening crowd at the Theatre in the Woods during a frank talk that reminisced about his mission to circle the moon in the command module while Neil Armstrong and Buzz Aldrin took mankind's first steps on the lunar surface.

"If I think back on Apollo 11, I get different emotions. That little sliver of light we have is nothing what it's like when the moon is close. It's bulbous, it almost feels like it's trying to come in your window" on the space ship,” the Milwaukee Journal Sentinel reported. 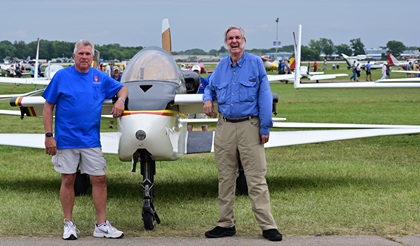 Aerospace designer Burt Rutan and his brother Dick led a rapt discussion on some of their ground-breaking design concepts during an evening presentation that far exceeded the expected two-hour window. Attendees stayed and asked questions of the two until the wee hours of the morning. Attendee Stan Fetter of Virginia posted on social media that “they shared an incredible inside look at their history...the good, the bad, the hilarious, the terrifying, and everything in between.” Burt Rutan and his famous sideburns were later spotted at the homebuilt parking area near one of his earliest designs, the VariViggen.

The earth shook during multiple passes by modern and vintage military aircraft that included the McDonnell Douglas F–15 Eagle, F/A–18 Hornet, Lockheed Martin's F–22 Raptor and F–35 Lightning, as well as the Fairchild Republic A–10 Thunderbolt. A July 25 formation of 18 North American P–51 Mustangs was expected to be one of the largest gatherings of Mustangs in recent years. A nineteenth P–51 Mustang operated by EAA and still in the restoration process taxied past show center for a runup that proved to be an auditory surprise as the Merlin V–12 engine screamed for release. The event was a tribute to retired U.S. Air Force Col. Bud Anderson, a World War II triple ace.

Crowds swelled around the nosegear-equipped NXCub that CubCrafters debuted earlier in the week, and a small mockup of the EmbraerX electric vertical takeoff and landing (eVTOL) passenger aircraft concept attracted attention at the commercial airplane maker’s booth, one example of what aviation holds in store over the next 50 years. 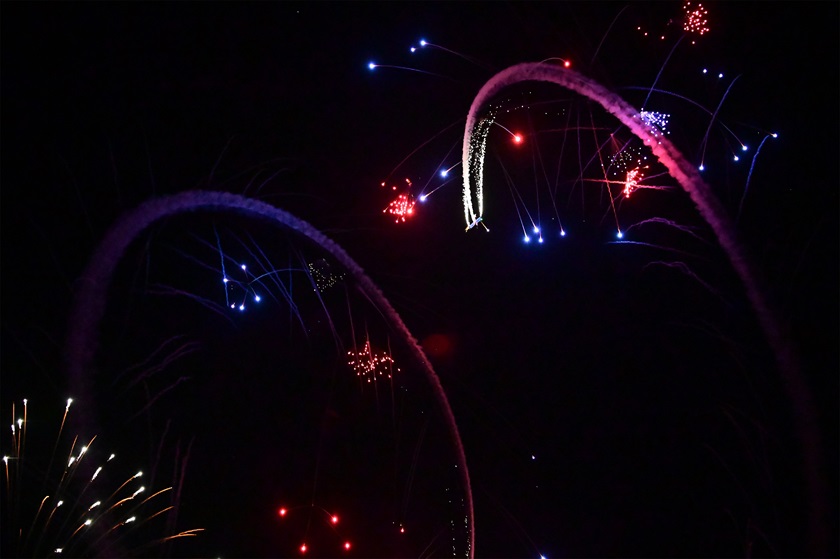 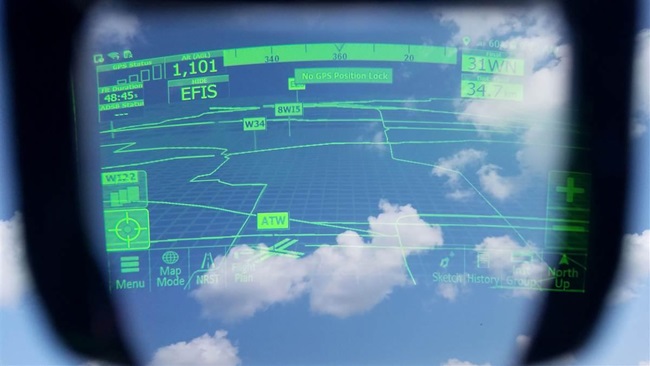 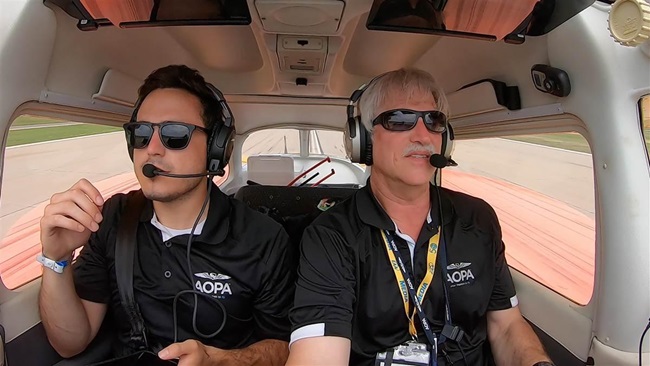