Get the app Get the app
Already a member? Please login below for an enhanced experience. Not a member? Join today
News & Media Baker awarded First Flight Society honorary membership

AOPA President Mark Baker has earned several accolades during his tenure leading the world’s largest general aviation community, and now he can add honorary member of the First Flight Society to his résumé. 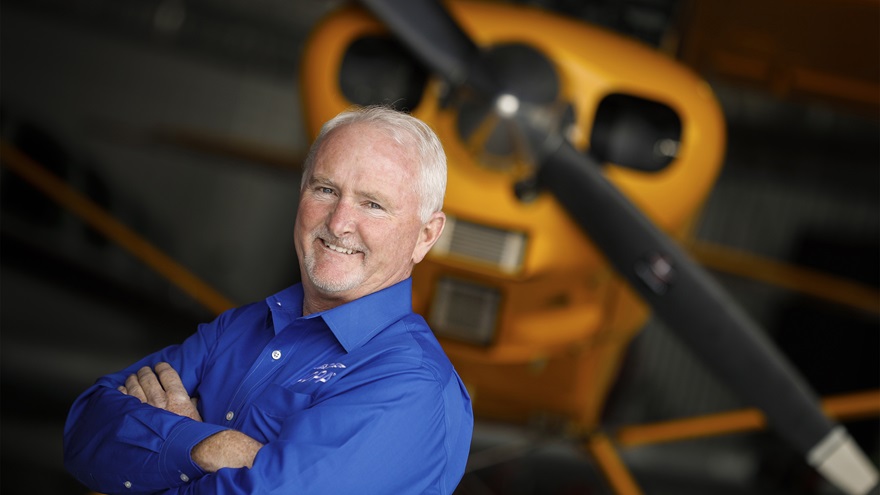 “We are honored to recognize Mark’s many contributions to aviation,” said Mike Fonseca, president of the First Flight Society. “AOPA’s mantra is ‘your freedom to fly’ and Mark has certainly taken that mission to heart. All pilots across the country have benefited from his vision, leadership and contributions.”

Baker is joined in this year’s class by two other aviation notables:

Dr. Tom Crouch is a noted aeronautics historian and curator, having spent 44 years at the Smithsonian (both the National Air and Space Museum and the National Museum of American History), retiring in 2018 as curator emeritus. He has written several books, including The Bishop's Boys: A Life of Wilbur and Orville Wright.

Rob Holland is one of the premier airshow performers and aerobatic competition pilots in the world, having won several U.S. and world championships.

“While this may be an individual award, it’s emblematic of the great team we have at AOPA,” said Baker. “Everyone in the organization helps make my job easier and, together, we enable aviators to enjoy the amazing passion Orville and Wilbur brought to our world.”

Located in famed Kitty Hawk, North Carolina, the First Flight Society commemorates the first flight of the Wright brothers and their development of powered flight. Each year, the society recognizes individuals and entities that have accomplished outstanding achievements in manned flight and contributions to aviation.