Get the app Get the app
Already a member? Please login below for an enhanced experience. Not a member? Join today
News & Media A look back at the top stories of 2014

A tall (but true) tale of a rare aircraft find in Texas, progress on third class medical reform, amazing aviation videos, pilot saves, new aircraft from Mooney, and one pilot’s surprise of a lifetime topped the most-read stories of 2014. Take a look back and see if your favorite story is included, and see what you may have missed that kept pilots talking all year. 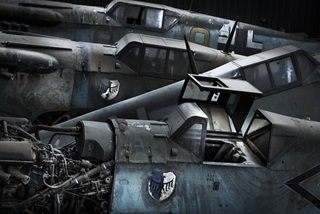 A rare find of World War II-era fighters in barns in Texas piqued the curiosity of pilots, going viral in 2014 and becoming the most popular article of the year. AOPA Editor at Large Dave Hirschman recounted the story of the colorful Wilson Connell “Connie” Edwards and his collection of Spanish-built HA-1112 Buchons, a British Spitfire, P-51 Mustang, two PBY Catalinas, a Grumman Mallard, and Piaggio Gull airframes in the pages of AOPA Pilot. Edwards sold his famed Battle of Britain collection in August.

When USA Today published a sensational report about general aviation safety in June, AOPA and pilots across the country responded with calls for corrections. The association acted swiftly, providing facts to set the record straight. AOPA also pointed out that it “had provided information to the reporter, information that was not included in the sensational, one-sided, inaccurate report.”

You’ve gotta see it to believe it

Videos of aeronautical feats captured the adventure of aviation. Kirby Chambliss made headlines when a Red Bull promotional video showed Chambliss outrunning police to the Texas Motor Speedway in Fort Worth, Texas, where one of the the Red Bull Air Race World Championship events took place in September. “As with most on-screen shenanigans, the illusion of lawlessness had to be cleared with the appropriate authorities,” AOPA reported of Chambliss’s pass by a Ferris wheel and under a bridge.

Rich Stowell, an acclaimed flight instructor who has performed more than 33,400 spins, videoed a tribute to Harry Hawker, the co-founder of Hawker Aircraft and test pilot who is credited with the first intentional spin and recovery. Stowell, like Hawker, shut off the engine of his aircraft and entered a spin from the backside of a loop and then recovered and started the engine. But Stowell had more than a tribute in mind: He wanted to convey a safety message, he told AOPA, and help take the fear out of spins. He encouraged pilots to seek proper spin training.

The National Air Traffic Controllers Association’s annual Archie League awards is regularly among the most-read articles of the year—pilots learn from the serious mistakes of other aviators and see how ATC can be a lifesaver. The article recounts how VFR pilots entered IMC and were talked down by controllers, how a controller helped a pilot who was running low on fuel, and how controllers prevented collisions among other saves. Controllers were also honored for their actions in the wake of the July 2013 Asiana 214 accident in San Francisco. In the heroic action category, could the controllers who rose to the occasion after the Chicago Center fire be up for an award in 2015? Time will tell. The 2015 Archie League Award winners will be announced in March. 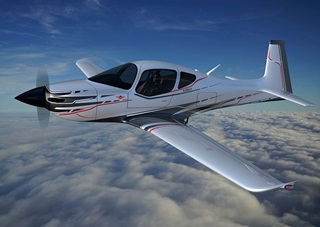 Mooney stole the attention in 2014 with the announcement of two new training aircraft, the composite M10T and M10J, aimed at the international training market. Both retain Mooney’s signature forward-swept tail and are powered by Continental diesel engines.

General aviation tragedies also captured pilots’ attention nationwide. On July 31, the pilot of a Breezy died after an accident at EAA AirVenture in Oshkosh, Wisconsin. The passenger survived but the accident became the most serious incident at AirVenture since 2010.

The high profile accident of TBM Owners and Pilots Association chairman Larry Glazer and his wife Jane off the coast of Jamaica Sept. 5 received widespread attention in aviation and mainstream media. Glazer became unresponsive in his TBM 900, and the North American Aerospace Defense Command reported hypoxia as a possible cause. The accident came a week after the pilot of a Cirrus SR22T became unresponsive and crashed southeast of Wallops Island, Virginia. Hypoxia was the suspected cause of that accident as well. The Air Safety Institute issued a Safety Alert to pilots, outlining the signs of hypoxia and encouraging pilots who fly at high altitudes to wear pulse oximeters.

AOPA members waited two years for this story—the announcement of the AOPA Debonair Sweepstakes winner. Steve Lagergren of Litchfield, Minnesota, learned he was the winner of the Debonair in October when AOPA President Mark Baker and AOPA Editor at Large Tom Horne revealed the surprise in the air. Lagergren was flying his RV-7 with Bob Collins, a fellow RV-7 owner and participant with AOPA in the ruse, when Horne asked permission to meet up in the air. The in-air reveal and post-flight celebration was all captured on camera for members to see. 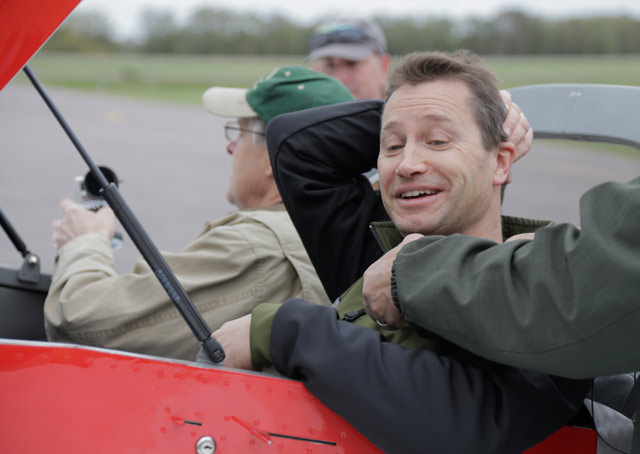